"In search of an effective model of University in Kazakhstan" book 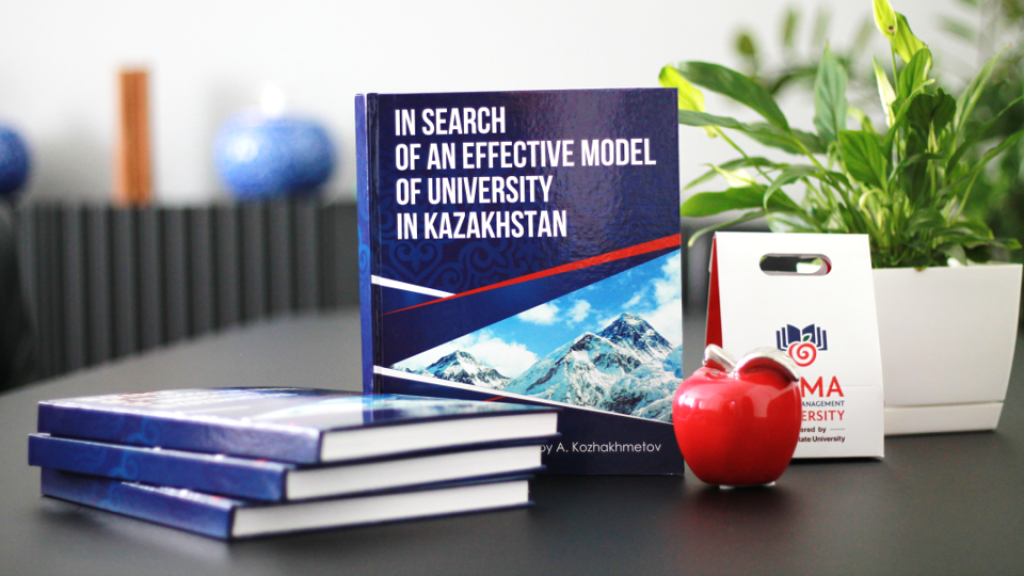 30 years of independence of Kazakhstan is an important date in the history of the country and people. A historical milestone, a period rich and full of fateful events, which included both the creation of an independent market economy, political, social and civil institutions, the formation of new values, hopes and faith in a better future, as well as a variety of growth problems, missed opportunities, mistakes and new prospects !

In society, people talk and write a lot about the problems of education, the existing education system is criticized by everyone, from students and their parents to the teachers themselves, business and the government. Leaving them the right to such a point of view, we wanted to tell in a scientific language what has been done today and what positive changes in the field of education and improving the quality of educational services have occurred during the years of Independence.

First of all, the education system is developing and actively looking for ways to move towards progress. Over the past three decades, private education (schools, colleges, universities) has been successfully developing in the educational field of Kazakhstan; the autonomy of universities is gaining momentum; graduates of the Bolashaq program are actively working for the good of the country, education has withstood all the trials and difficulties of the transition period. Yes, we cannot show off the successes of Europe and the USA, but at the same time, in a number of parameters, we are ahead of individual countries of Central Asia, the former republics of the Union and even the countries of Eastern Europe.

In the 21st century, universities play a global role. They act as drivers of changes in society and the economy in general, and in the education system in particular. The activities of universities are reaching a new level: their interaction is necessary in order to achieve a synergistic effect through the impact  on the economy, society and life of the country. With this monograph, we want to contribute to the commemoration of the 30th anniversary of the country in which we live and which we create. There are many books by foreign authors written for their countries, but we set the task of writing a book for Kazakhstan, which will become a tool for transforming universities in accordance with the requirements of the 21st century. The main goal of this monograph was the search for a new model of the Kazakhstani university.

What do we rely on in our work?

We understood that in order to complete and comprehensively cover opinions on issues of education, educational policy, the role of the state in education, search for a new model of the university and determine its mission, the contribution of universities to society and the economy, the development of civic education, it is necessary to attract as many representatives of the scientific, university the public, top managers of universities and civil servants. In this regard, a letter was sent to the rector of each Kazakhstani university with a proposal take part in the writing of this book (specific chapters, cases, suggestions for solving specific problems), and even posted a corresponding appeal to the heads of universities in the chat of rectors and on the website of the book project.

We managed to collect quite deep and diverse material, innovative theoretical and practical calculations, interesting cases that give hope and confidence in the future of higher education in Kazakhstan. And we are happy to state that this book is not just another theory about education, here we write about what has already been embodied in cases and gained practical experience. First of all, this monograph is a step towards an open dialogue between universities, to the exchange of opinions, a platform for Kazakhstani intellectual community. We thank the heads of universities who contributed to this collective work, which is the result of joint efforts and synergy of representatives from different universities of the republic. The monograph will be useful and interesting for heads of higher educational institutions, scientists, teachers, experts in the field of education, representatives of business and the public sector who are concerned about the fate of higher education, as well as a wide range of people interested in issues related to the future of higher education in Kazakhstan.

Additional information on the book can be found through the link.