7kun.kz: Big Startup Marathon Will Be Held in Almaty

7kun.kz: Big Startup Marathon Will Be Held in Almaty

Tech Garden’s Startup day will be held on March 30-31 during the Eurasian stage of Skolkovo Startup Tour.

Almaty Tech Garden is organising this large-scale project of the CIS second year in order to find out innovative projects and startup teams.

Skolkovo Startup Tour-2016 is going to be held in the main building of Almaty Management University as it was a year ago. Accelerated startups will get an opportunity to participate in Startup Village which planned on June 2-3 in Moscow.

The startup program of 2016 is submitted by five key directions:

— biotechnologies in agriculture and in the industry

For the record, last year’s Startup Tour has been involved more than 500 young businessmen and scientists from Kazakhstan. 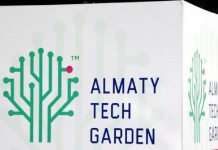