On January 19, 2020, a high-altitude race to Amangeldy peak named after Anatoly Bukreev was held in the Maloalmaty gorge (Almaty).

The race to the peak of Amangeldy (3999) has a long tradition and a rich history.  The selection of high-altitude climbers on the Himalayan expeditions of the USSR, and then Kazakhstan, was based on the technical and functional training of athletes.  To determine the strongest, the practice of high-speed ascents was introduced as the best indicator of a person's working capacity in conditions of high mountains and oxygen deficiency.

The Kazakh School of Mountaineering has traditionally trained the strongest high-altitude climbers.  Sports camps and the selection of athletes for the national teams of the USSR, and then Kazakhstan, were held in the Tuyuk-Su alpine camp - a long-time forge of the highest qualification climbers.

Amangeldy Peak is one of the most accessible “four-thousandths” of the Maloalmaty gorge, it is not surprising that the race under its top tower has become a training route for many generations of athletes.

The race is held in two distances:

It should be noted that both fulfilled the qualification standard with the following time:

Unfortunately, we could not predict in advance which of us would show the best result.  The assigned responsibility in the form of the flag that I carried gave me an additional incentive to get to the finish line, keeping within the qualifying time, despite the incredible pain and fatigue. 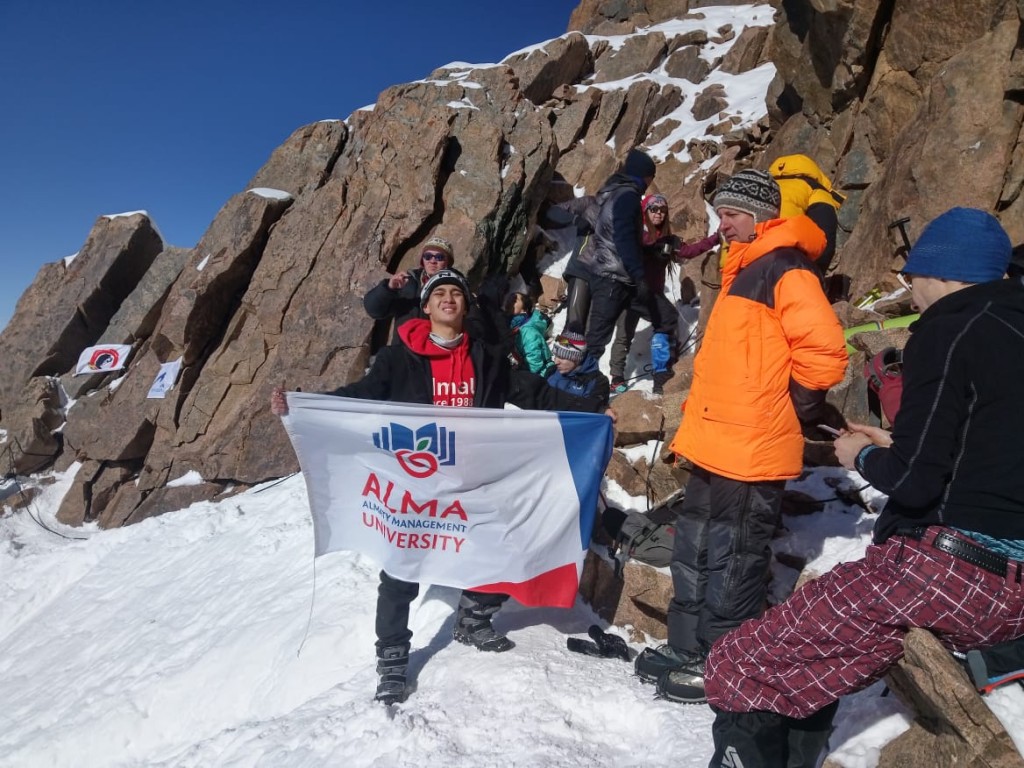