tengrinews.kz: In Almaty was created the coalition on improvement of people's health

tengrinews.kz: In Almaty was created the coalition on improvement of people's health

In Almaty created the coalition on improvement of the population's health - VitAlem. It brings together representatives of the public administration sector and business. About it at a press conference "Almaty - the city of health and the active longevity" was reported by Professor Almaz Sharman. Such decision was made after publication of results of the Kazakhstan research, which showed that Kazakhstan citizens overeat, drink not enough and have lack of activity.

"The main objective of the coalition - to create the environment favoring to achievement of key indices of wellbeing and quality life of citizens of Kazakhstan and also to initiate effective and real measures for their achievement, - said Sharman. - Recipes of health and longevity are known to all long time ago. It is necessary to lead active lifestyle, to walk in the fresh air, to do exercises for development of elasticity and force of muscles, there are less products, which contain preservatives, and to avoid addictions. But it is worth marking that not everyone follows this advice".

He also said that from 21 to 27 March Almaty residents will be able to have free access to sports facilities of the city: AlmaU Sport and Art zone, a sports complex of KazNU-Al-Farabi, a network of gyms on functional trainings Golden Eagle Crossfit, harmonious development center Relooking_3D, Chernykh Dance Club, Fitness club  Kochevnik and fitness club Elephant.

"It is important that this new program aimed to improve the health of Almaty residents, we present you together in a bundle: universities, government bodies, NGOs and the business. I am sure that the project " Healthy Nauryz - a week of free sports "will be one of the examples of our successful cooperation and in the future, we - VitAlem coalition - will introduce you many other important social projects ", - said the president of Almaty Manangment University Assylbek Kozhakhmetov.

Earlier sociological service of Institute of economy of the First President fund conducted research according to which it was clarified that Kazakhstan citizens overeat carbohydrates, drink liquids a little and do not move at all. During it scientists also came to a conclusion that 80 percent of the population of the country lead a sedentary life, and in their diet prevail flour, meat and confectionery that carries to excess body weight. As the director of diabetes center on the base of KAZNMU of S. D. Asfendiyarova Zhanay Akanov, 15 years ago in our country only heard about a problem of children's obesity, now in each school there will be about 10 percent of such well-fad children.

According to center, by 2030 because of obesity the number of patients with diabetes can reach a point of one million, and now there about 270 thousand. Badly the situation is also with liquid consuming. Kazakhstan citizens drink only 1-1,5 liters of water instead of supposed 2,2-2,9 that also carries to different diseases. 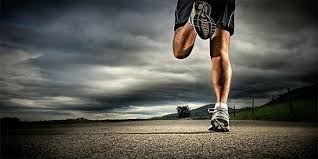