On November 2, in London, first forum of the British and Kazakh universities  Kazakhstan Universities Forum) was held with the participation of governance of the Ministry of Education and Science of the UK and the Republic of Kazakhstan.

Convened at the initiative of the Ministry of Education and Science of Kazakhstan and with the support of the Ministry of Business, Innovation and Skills of the UK, the British Council and UK Trade & Investment. Forum has become a unique platform for exchange of experience for  and  universities, the top executives in discussed prospects for cooperation in the field of implementation of international educational programs.

In particular,  Minister of Education and Science of Kazakhstan;  Rector of Kazakh National University named after  Deng Sha, Deputy Director for Policy of the International Agency for Higher Education of the UK;  Rector of Almaty Management University; Yana Polmovski, Head of the University of Warwick, and  President of JSC «Center for International Programs» spoke at the plenary meeting.

During the meeting they discussed the possibility of training Kazakhstani specialists for priority projects of the Plan of the Nation «100 concrete steps» and the State Program of industrial-innovative development at UK leading universities. Forum participants discussed prospects of further cooperation and emphasized that new areas of implementation of joint scientific research projects, through the training of young scientists by the program Split PhD in the framework of International Scholarship «Bolashak».

The Forum ground allowed representatives of national universities to present the export potential of Kazakhstan segment of education and to hold bilateral meetings with British counterparts. Altogether in format meetings about  were organized on further cooperation of the British and Kazakhstani universities.

Also at the end of the event a number of documents were signed. E.g., a memorandum of cooperation between the Ministry of Education and Science of the Republic of Kazakhstan, Nazarbayev University and the University of Cambridge. Similar memorandums were signed by other national, public and private universities of two countries. 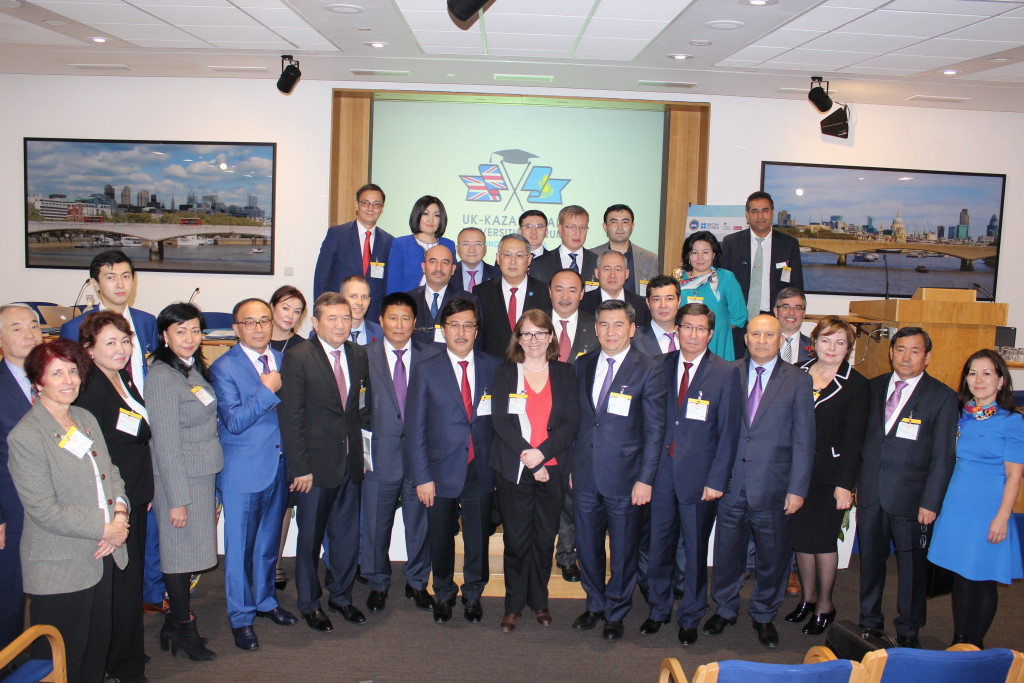