In honor to 70th anniversary of the Victory! 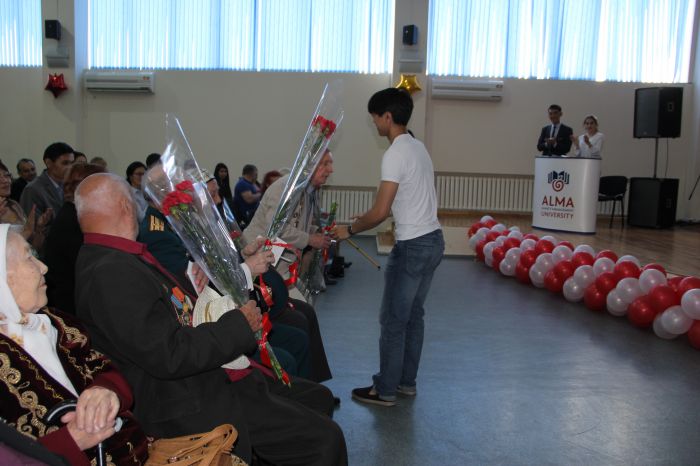 May 6 in Alma University (previously IAB) was solemn and exiting event – celebration of the upcoming May 9 - 70th anniversary of Victory Day. In honor of the great event student clubs: Charity Club DOC and Mass On Family – organized a real feast for the Great Patriotic War veterans. 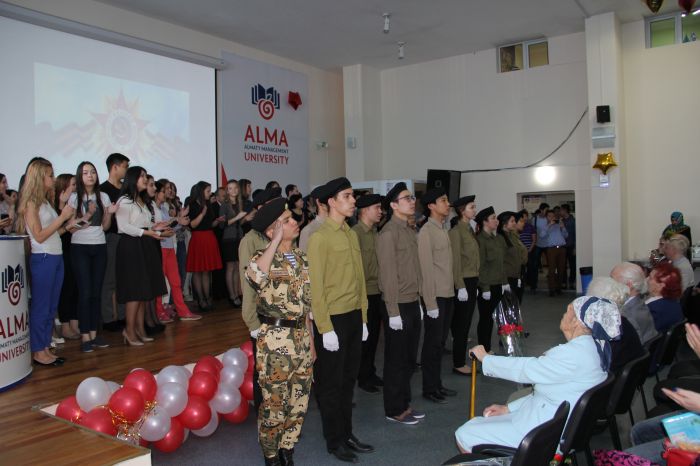 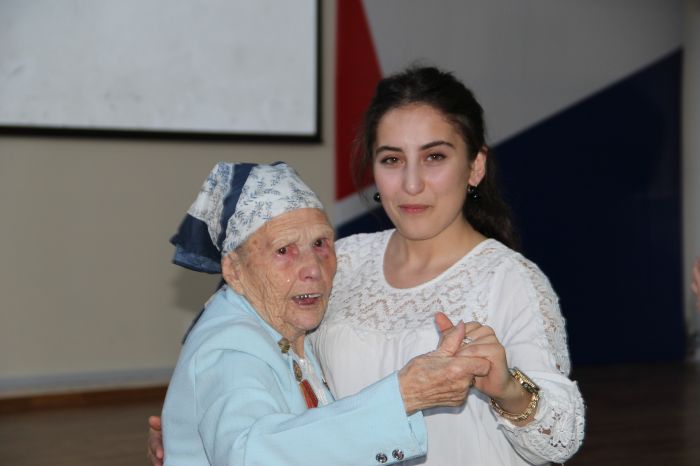 Celebration began after the elegant dinner at the café on 4th floor of AlmaU. Then was organized a concert, students sang wartime songs, read a poetry and even marched under the military song to veterans. Veterans of Great Patriotic, the youngest of which is under 90 years, listened, sang, talked to each other and recalled the most terrible war in human history. The war, which they won, having defended their homeland in the fight against fascism. 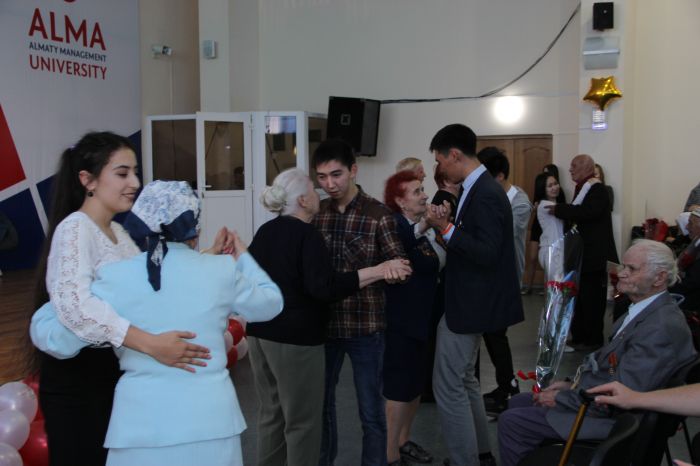 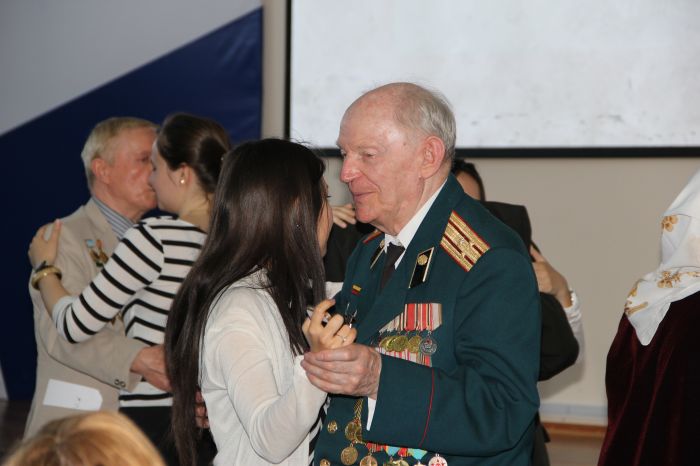